History of All Saints Community 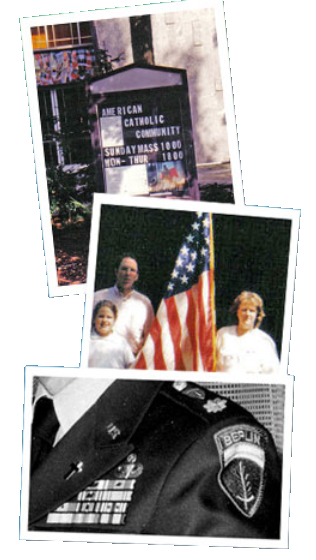 ll Saints is an active Roman Catholic community of about 400 members. It grew out of a small number of parishioners (about 35) who were “left over” when the American military moved out of Berlin in September, 1994. This Roman Catholic Community quickly recognized the value of the Hüttenweg facility for itself and future Americans, Germans, and others, who would soon be attracted to Berlin for whatever reason and would welcome the opportunity to become a part of a “home away from home”, as well as a community of worship. After intense competition with many groups wanting to gain control of the facility, the Friends of All Saints, a non-profit organization, was founded to assume responsibility for the control and operation of the entire facility. All Saints was primarily able to prevail because of the financial and moral support received from the Berlin Archdiocese, who took the fledgling group under its wing keeping it alive at considerable expense to itself for more than four years, at which point the Friends of All Saints Association was founded. It is the association that now rents to the Archdiocese and to the Protestant Faith Fellowship, the Berlin Jewish Community and the Crossway International Baptist Church who share the facility with All Saints.

At present the Berlin Jesuit Community, The English-speaking Mission and the White Fathers provide the priests who celebrate Holy Mass at All Saints every Sunday at 10:00 am. The community represents a broad cross-section of the entire English-speaking Roman Catholic population in Berlin. 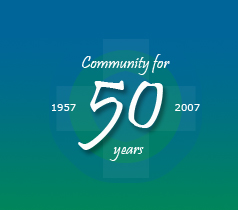 50 Years
The past fifty years have been abundant in historic events in West Berlin, the previous free part of Berlin. Since the former Military Chapel of the US Army was a shining beacon of freedom in a hostile sea, so is its successor, the All Saints Church, a signpost for all of us. We are privileged to be able to walk in the footsteps of those who once stood up to the darkness and helped this free outpost survive.

The 50-year celebrations on St Patrick’s Day, the common English-speaking Mass, Mozart’s Missa Brevis in our Summer Music Event, the Four Faith Communities BBQ, the Jubilee Thanksgiving Dinner and our Christmas Worship have shown that the Holy Spirit is still at work in our midst and guides us in our search for Christ.

We bow our heads before our almighty Father and ask for His grace to be able to continue on our path and maintain this holy place of worship on Hüttenweg, Berlin-Dahlem. May His spirit dwell in our hearts and enlighten our children’s hearts and minds in their search for His truth.